Nincompoopiana.The Mutual Admiration Society. Our gallant colonel (who is not a member thereof, to Mrs Cimabue Brown, who is). "And who's this young hero they're all swarming over now?" Mr Cimabue Brown. "Jellaby Postlethwaite, the great poet, you know, who sat for Maudle's 'Dead Narcissus'! He had just dedicated his latter-day sapphics to me. Is not he beautiful?" Our Gallant Colonel. "Why what's there beautiful about him?" Mrs Cimabue Brown. "Oh, look at his grand head and poetic face, with those flowerlike eyes, and that exquisite sad smile! Look at his slender willowy frame, as yielding and fragile as a woman's! That's young Maudle, standing just behind him - the great painter, you know. He has just painted me as 'Heloise, and my husband as 'Abelard.' Is not he divine?" NB. - Postlethwaite and Maudle are quite unknown to fame. [The Colonel hooks it. 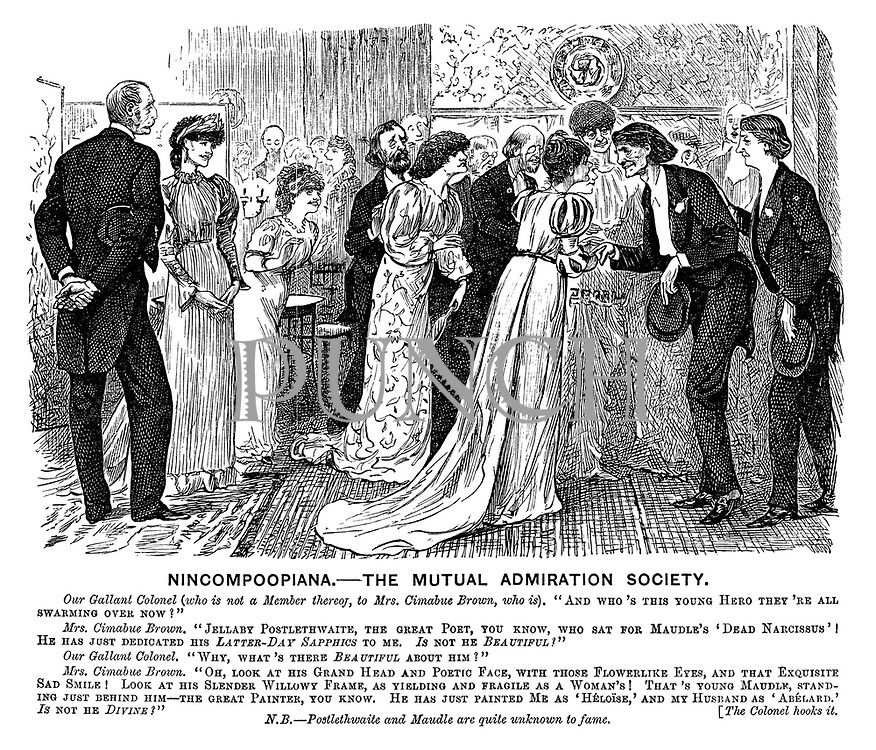