Coltura Romana. ["I solemnly decelare that Italy does not intend to drag other peoples who are her neighbours by sea and by land into conflict. Let Switzerland, Yugoslavia, Turkey, Egypt and Greece take note of these words of mine." - From a speech by Signor Mussolini four months ago.] (Mussolini as the Sagacious Pig looks at the rubble of his Broken Pledges at the foot of the Acropolis in Greece) 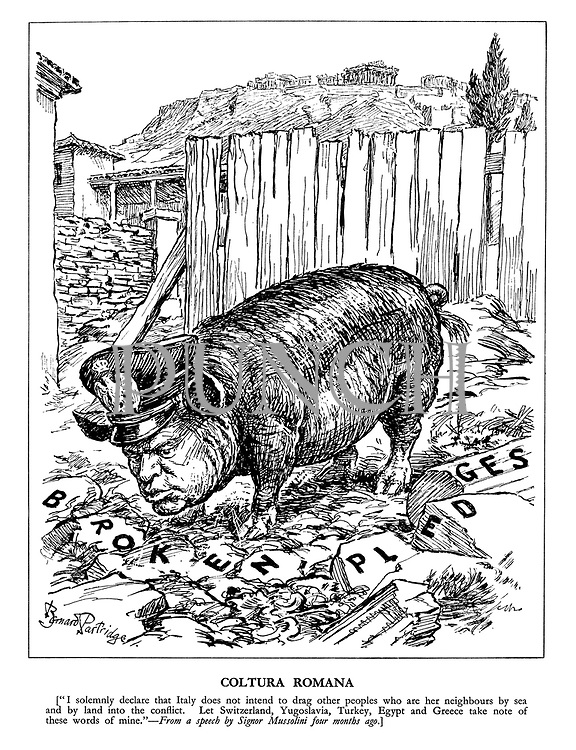