The Bear Hug. Mrs Europa. "Aren't you rather squeezing me?" Russian Bear. "Well, you wanted me to dance; and this is my rough Soviet way of doing it." [The Bolshevist delegation at Genoa has refused to grant the demands of the powers unless Russia is simultaneously supplied with a heavy loan. The sum of two hundred millions sterling has been mentioned.] 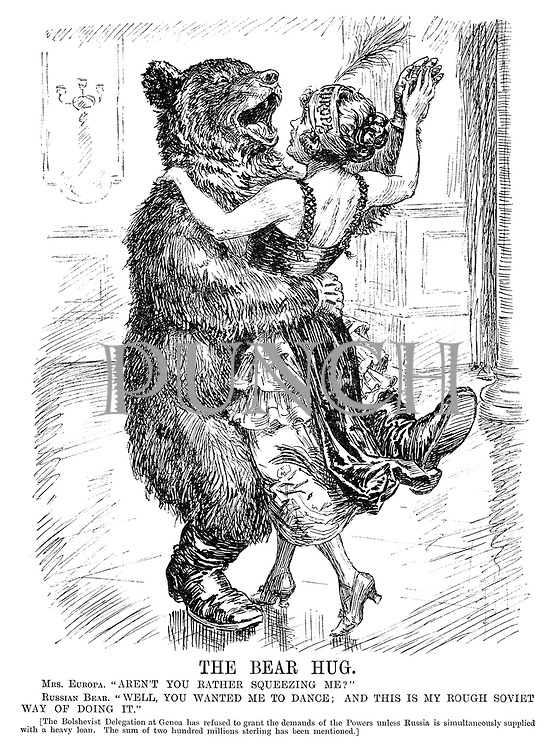