Yet One More Conversation. "The time had come," Herr Hitler said, "To talk of many things, Of might and right and swastikas And triangles and rings, And why the world is boiling hot, And whether Peace has wings." Lord Halifax. "But not about Colonies." Herr Hitler. "Hush!" (Hitler as the Walrus and Lord Halifax as the Carpenter, talking at the beach) 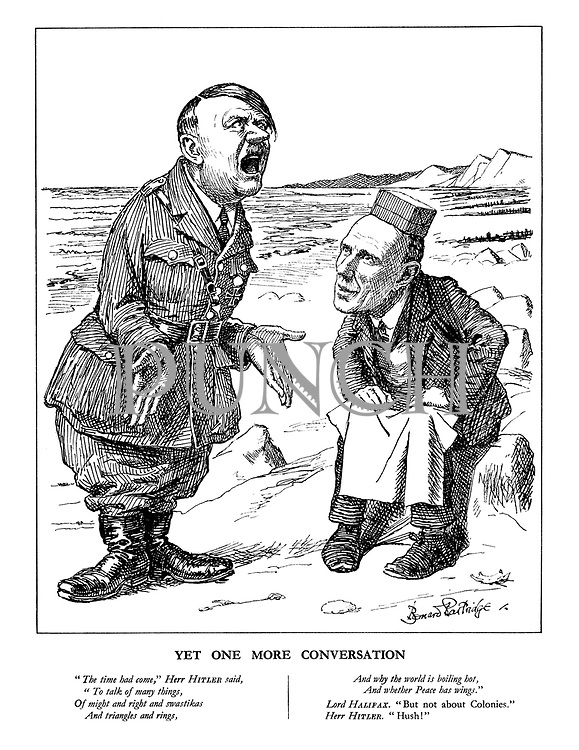