A Separate Irish Chamber! (After a rough sketch by the right hon J Ch-mb-rl-n!) ["Since the defeat of the Home Rule Bill they (the Irish Party) have all been engaged in blackening each other's characters, and painting each other's portraits; and I venture to say that the result of that is not a gallery of pictures, but a chamber of horrors."] (a Victorian cartoon shows Irish members of parliament as wax works together with Battering Ram, Identical Breeches and Facsimile of the Gladstone Cheque specimens) 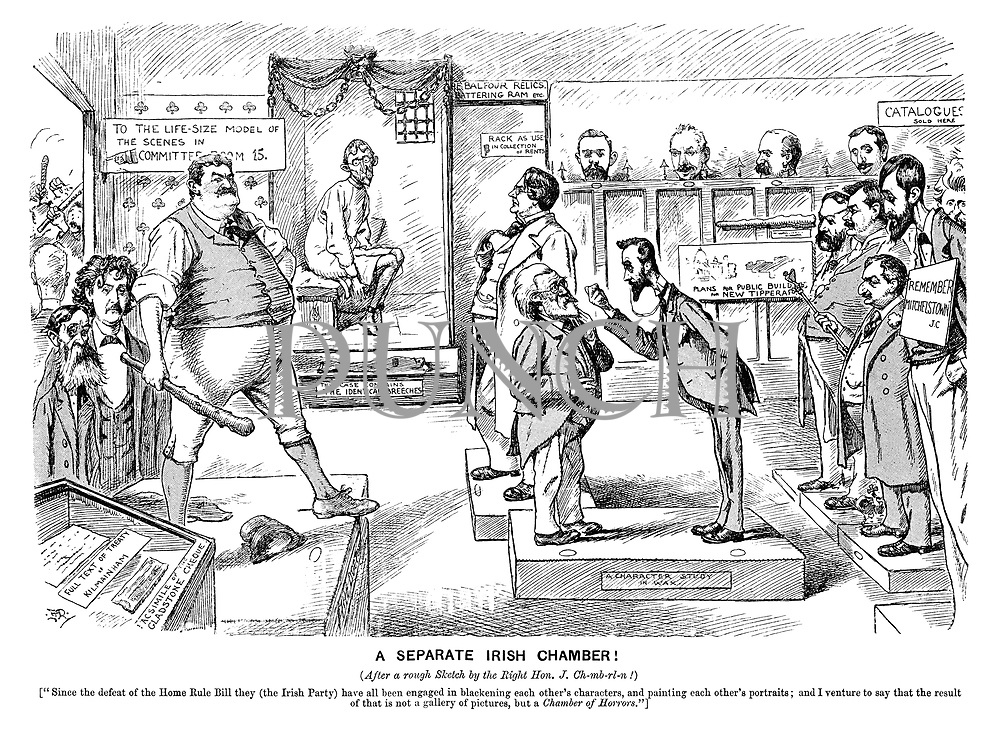