Splitting the Swag. "What are you grumbling for, Benito? You've got what you asked for, haven't you?" [The United States Board of Economic Warfare has attempted to make an estimate in figures of the total amount of loot taken by Germany from occupied Europe.] (Hitler carries a huge bag of loot worth £9billion while Mussolini only has a small pot of Tunis as theives in a bank raid) 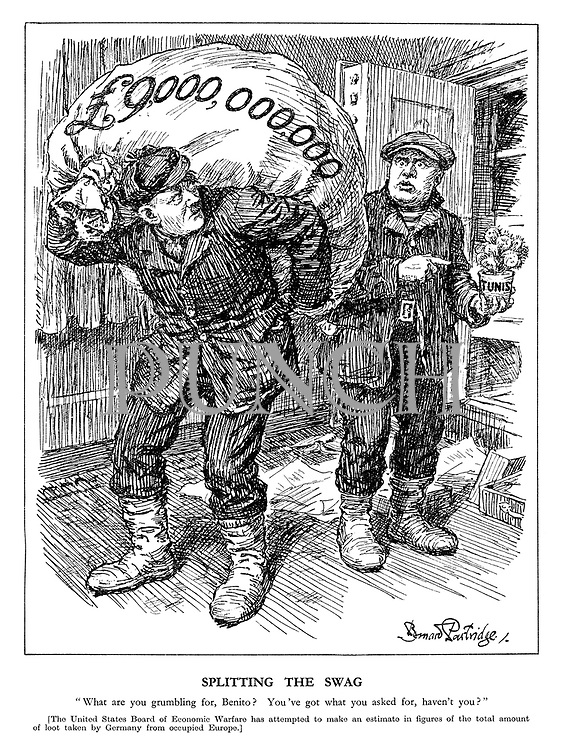