A Dubious Disciple. Stalinus Superbus (slashing at the poppy-heads). "That's how I do it." Attleius Clemens. "Reprehensible, perhaps, but Russian, and therefore impossible to blame!" (Stalin scything down the poppies of his Rivals while holding his Soviet Hammer and Sickle triumphantly infront of a humble Labour Party leader and Leader of the Opposition, Clement Atlee) 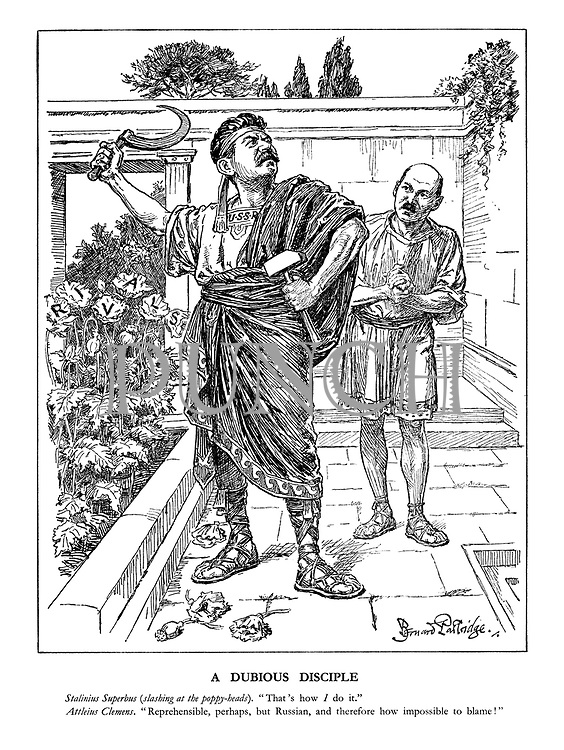