Thinking Imperially.The Fascist Queen broke the silence by saying to the Nazi Queen, "I invite you to Alice's colonial-partition this afternoon." "I didn't know I was to have a colonial-partition at all," said Alice. "But if there is to be one, I think I ought to invite the guests." [With acknowledgements to Lewis Carroll's "Through the Looking-Glass."] (Hitler as the Nazi Queen, Mussolini as the Fascist Queen and Britannia as Alice) 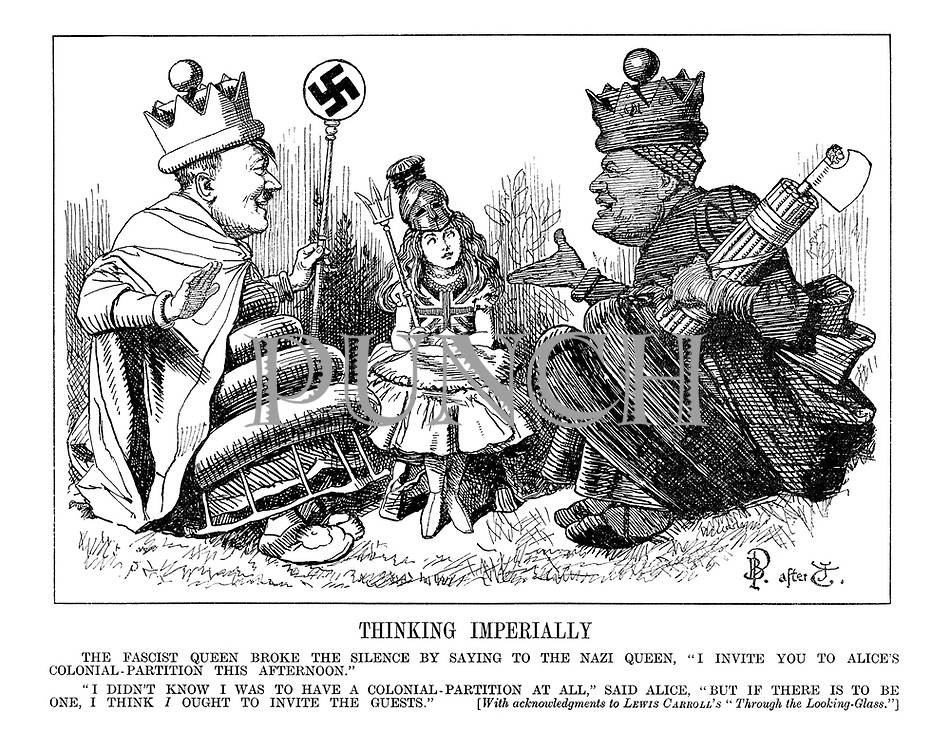