The Glorious Exceptions. Gregorio Mussolini. "Non Angli, sed angeli." [It appears that only the English newspapers now admitted to Italy are those in which the opinions of Lord Rothermere and Mr. Garvin prevail.] (Lord Rothermere is dressed in a Daily Mail toga while James Louis Garvin is dressed in The Observer toga as a Pope Mussolini taps their heads and holds a staff of dynamite) 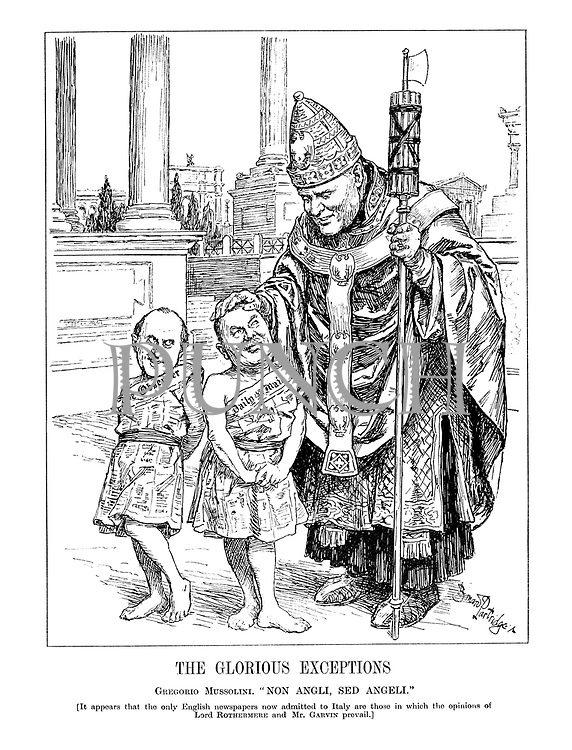