The "Withdrawal" from Moscow. Chorus of half-revolutionists support Messrs Snowden and Ramsay Macdonald by singing "The red (but not too red) flag." [The Independent Labour Party by a large majority has voted in favour of withdrawing from the Moscow Internationale.] (Ramsay Macdonald carries the Independent Labour Party flag while his supporters hold No Compulsory Labour and Why Should A Man Be Made To Work as they retreat from Bolshevism in the InterWar era) 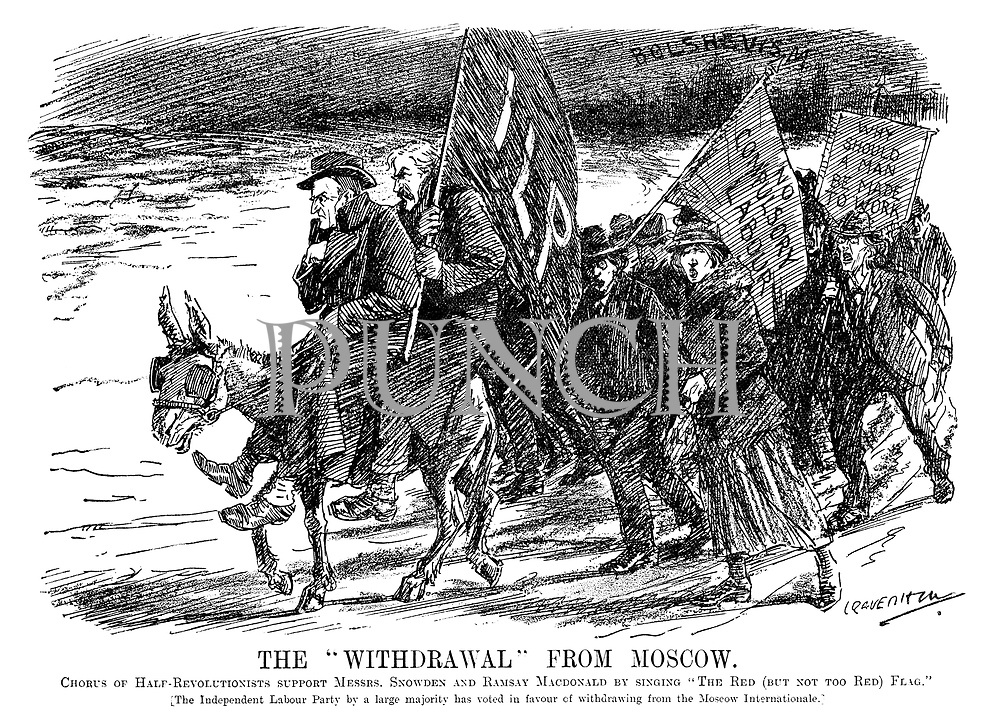