The Washington Hatchet. American design for a Japanese Screen. [It is announced that the Anglo-Japanese Alliance is to be terminated in favour of an understanding between the Four Great Powers that have interests in the Pacific.] (an InterWar era cartoon in the style of Japanese panel art shows Uncle Sam chopping down the Anglo-Japanese Alliance tree as John Bull and Japan look on) 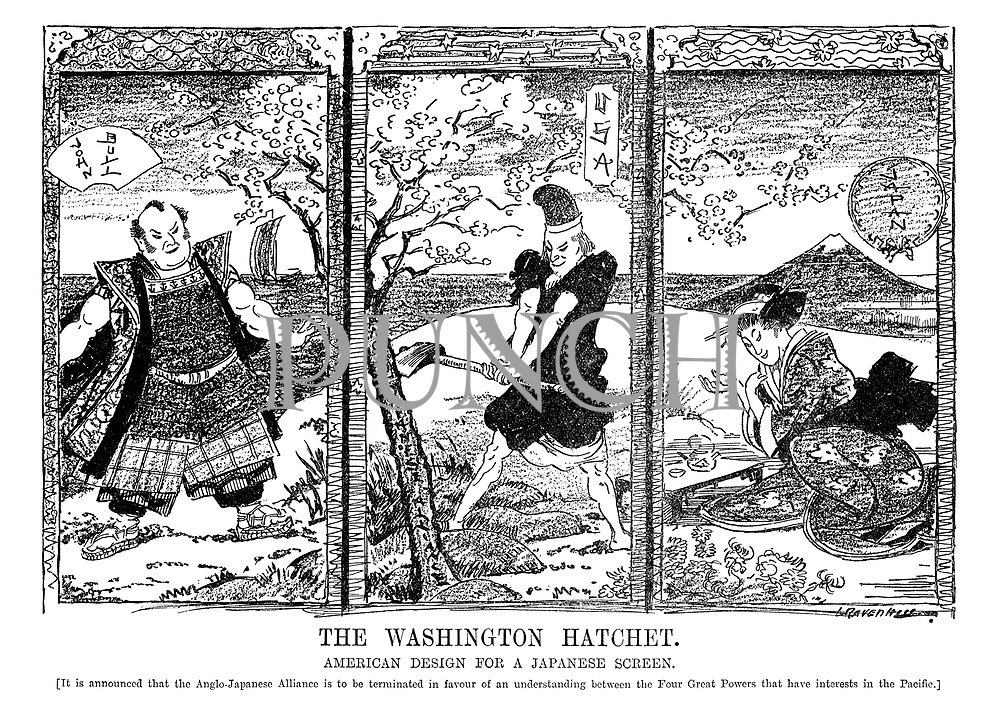