After Six Months' Trial. Labour Party (going on her first holiday). "I hope, m'm, I've given satisfaction so far?" Mrs Britannia. "Well, I won't say you've turned out quite the treasure you represented yourself to be; but I will say there have been fewer breakages in the pantry than I feared." 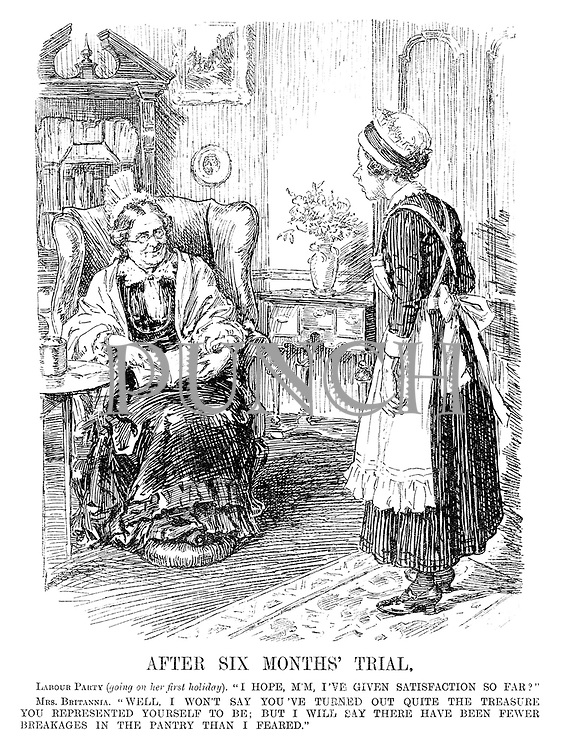